"ONE OF THE FINEST ATLASES EVER CREATED" 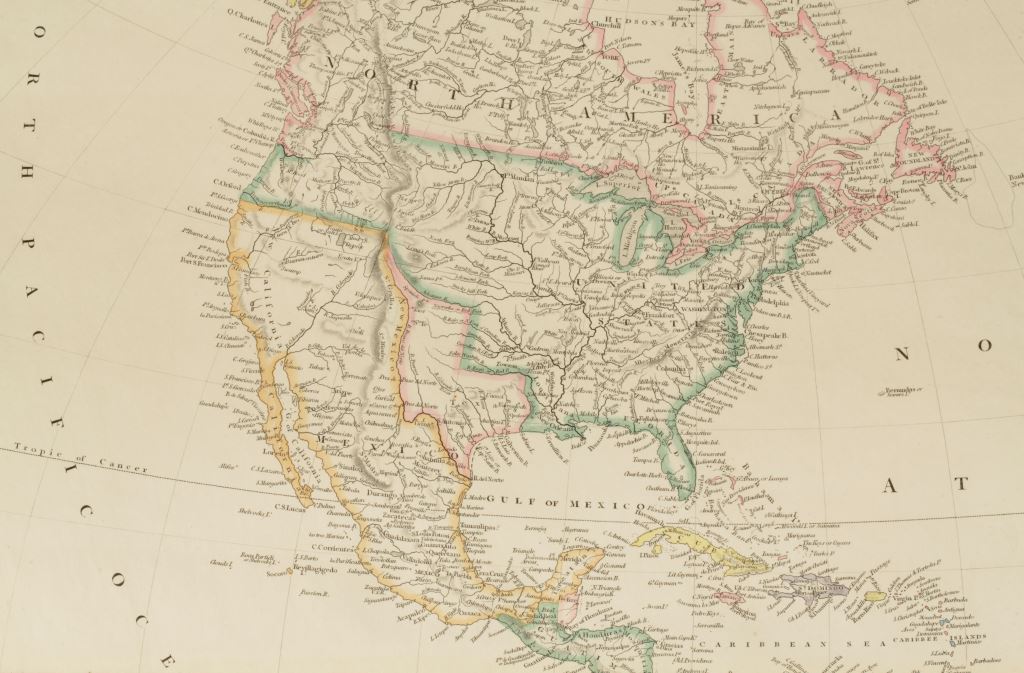 A magnificent example of JOHN ARROWSMITH’s ‘LONDON ATLAS’ of 1842 contained in what is quite possibly a unique rosewood library cabinet is to be included in our April 13th auction which contains an excellent range of early atlases, maps and books.
To give it its full title: “The London Atlas of Universal Geography, Exhibiting the Physical & Political Divisions of the Various Countries of the World, constructed from Original Materials. Is most respectfully dedicated to his venerable friend John Middleton Esqr. As a Testimony of gratitude and esteem by his much obliged & humble servant. John Arrowsmith, F.R.G.S & R.A.S. 10 Soho Square, London. Published by J. Arrowsmith 10 Soho Square 1842.” Is generally regarded as one the finest sets of maps of its age being amongst the best available at the time and compiled from the most up to date information and presented in a pleasingly clear manner.
This handsome volume which measures over 22” x 15” contains 50 maps with hand coloured details and borders. Beautifully rebound with leather spine, corners and title. The volume measures an imporessive 22.25” x 15” and is regarded by many as the first ‘modern’ Atlas of the Victorian period.
John Arrowsmith is a famous map maker having been a member of one of the most important London based families of map makers, eventually taking over the running of the family business and publishing the highly regarded London Atlas. A founder member of the Royal Geographical Society he was awarded their gold medal in 1863. In our modern age of ubiquitous digital mapping it is easy to forget how important mapping of this type was to our ancestors. Atlases like this show the extent of knowledge at a given time and the development of discovery and settlement across the globe. 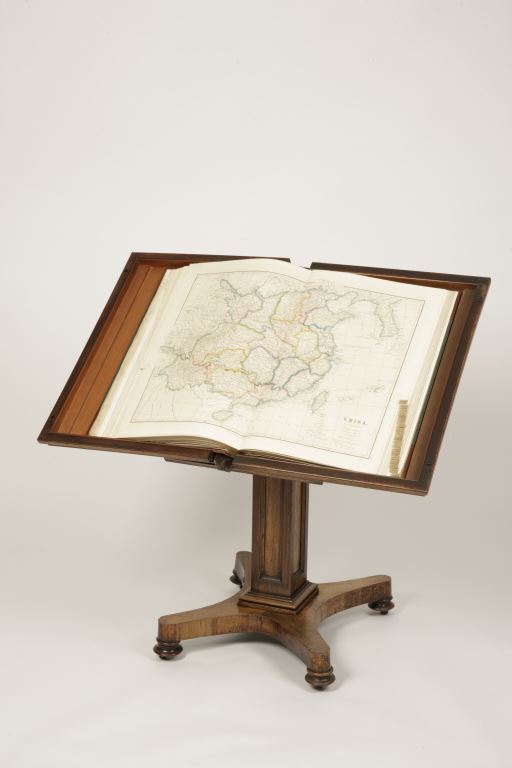 Discovering an atlas of this importance would be exciting enough, however this example is housed in a beautiful Rosewood veneered metamorphic table and stand. The table has a rectangular top with a moulded border resting on a square column with recessed panelled sides, and on a quadriform base with turned feet and recessed castors. The rectangular top opens along its’ length to reveal the Atlas in a fitted compartment. The entire top tilting on a pivot with adjustable bolt, the top folding and sliding to support the atlas when open.
This atlas has remained in the same family collection for much of the 20th century. In a remarkable metamorphic library table which was surely commissioned to house the Atlas in a fine gentleman’s library, this is one of the most interesting pieces of Victorian Library furniture to have come to the market in many years. With an estimate in the region of £20,000 – 30,000 this work will probably form the jewel in any map collectors collection.