Duke’s were delighted to offer this magnificent George III silver-gilt Richmond Race Cup made in London in 1802 by Paul Storr and retailed by Makepeace as part of their first Fine Art sale of 2019. 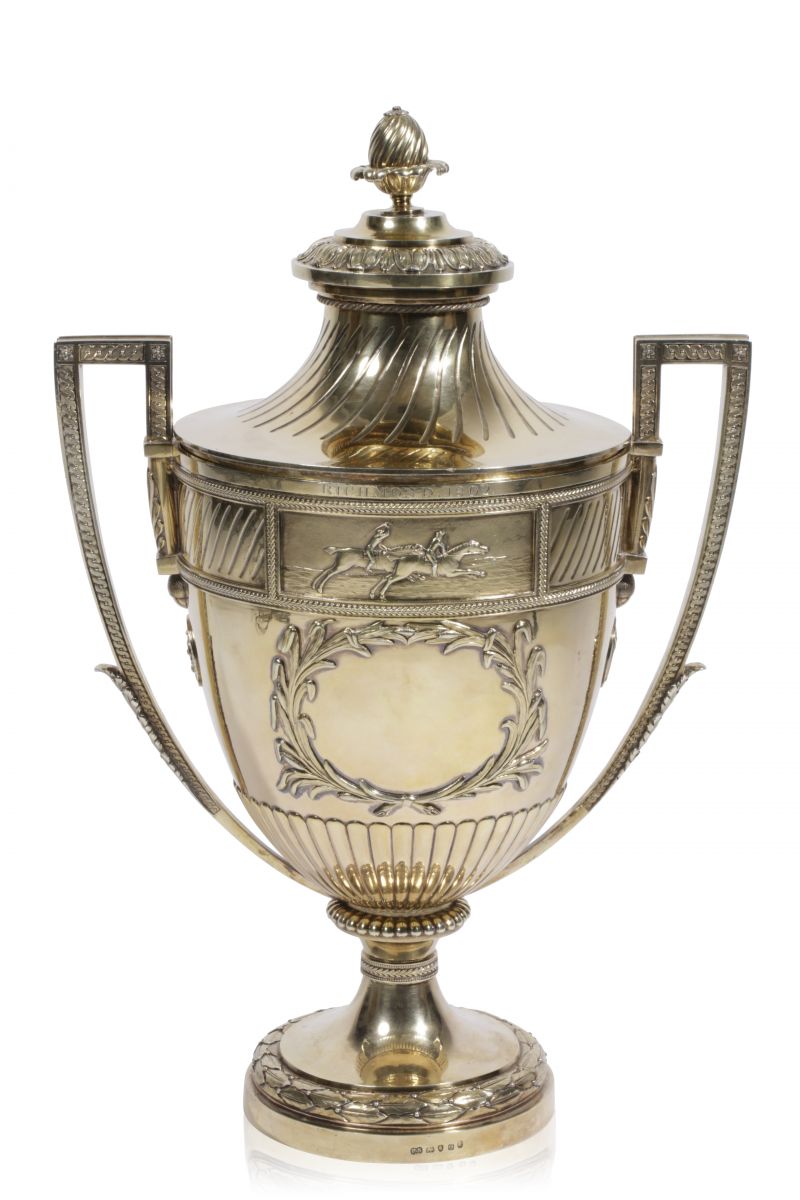 The trophy cup, which stands 46.5cm high, sold for £25,000 (inc. buyers premium) in the auction held on Thursday 24th January.
In 1757 Robert Adam was commissioned by Thomas Dundas to design a new trophy for the Richmond ‘Gold Cup’ horse race. In the 18th century, the course in North Yorkshire became one of the biggest and most celebrated attractions in the racing calendar with a prize of 100 guineas or more. This large ‘double gilt’ cup was – by tradition – paid for by general subscription and the worthy gentleman of the town with the silversmith being ordered to ‘make the best cup he can for 100 guineas’. The cup would generally weigh one hundred ounces or more. Subsequent cups were based on Adam’s original design and in the hands of the most eminent silversmiths, they evolved over the decades. This example is engraved on the rim ‘Richmond 1802’ and also engraved with the names of the stewards, Charles Brandling and Timothy Hutton. In addition, it is engraved ‘MAKEPEACE, FECIT’ on the rim of the lid. This fine and historic trophy comes with its original transit case and retains the retailers label for ‘Robt Makepeace, Goldsmith and Jeweller, Serle Street, Lincolns Inn Fields’.