The Monteith bowl has long been considered to be statement piece, and silver examples are thought to be among one of the earliest produced dating back to the 17th Century. Interestingly those early silver designs depicted fictional representations of Chinese civilisations.

The name ‘Monteith’ is reputed to originate after a Scotsman named Monteith or Monteigh, a characterful gentleman who was famed for singing in taverns and wearing unconventional scalloped or crenelated cloaks – (in 1683 A. Wood mentions ‘a fantastical Scott called Monsieur Monteigh who wore the bottom of his cloak so notched’).

The present example is derived from these early silver ‘Monteith’s’ with records first mentioning them from 1683. It is thought that the earliest Chinese porcelain ‘Monteith’s’ appeared around 1715 coinciding with the establishment of the East India Company’s factory in Canton. The design of these was perfectly suited to the cooling of wine glasses or bottles with the bottle neck or stems of the glasses held securely within the shaped rim, the deep base could then be filled with chilled water. The large size of the present example suggest it was most likely to have been made for bottles rather than glasses. The exotic decoration of flowers and leaping carp combined with European design would have made these extremely desirable amongst the high society of the time.

A similar pair thought to have been acquired by George IV for the Brighton Pavilion, which now reside in the dining room at Clarence House. 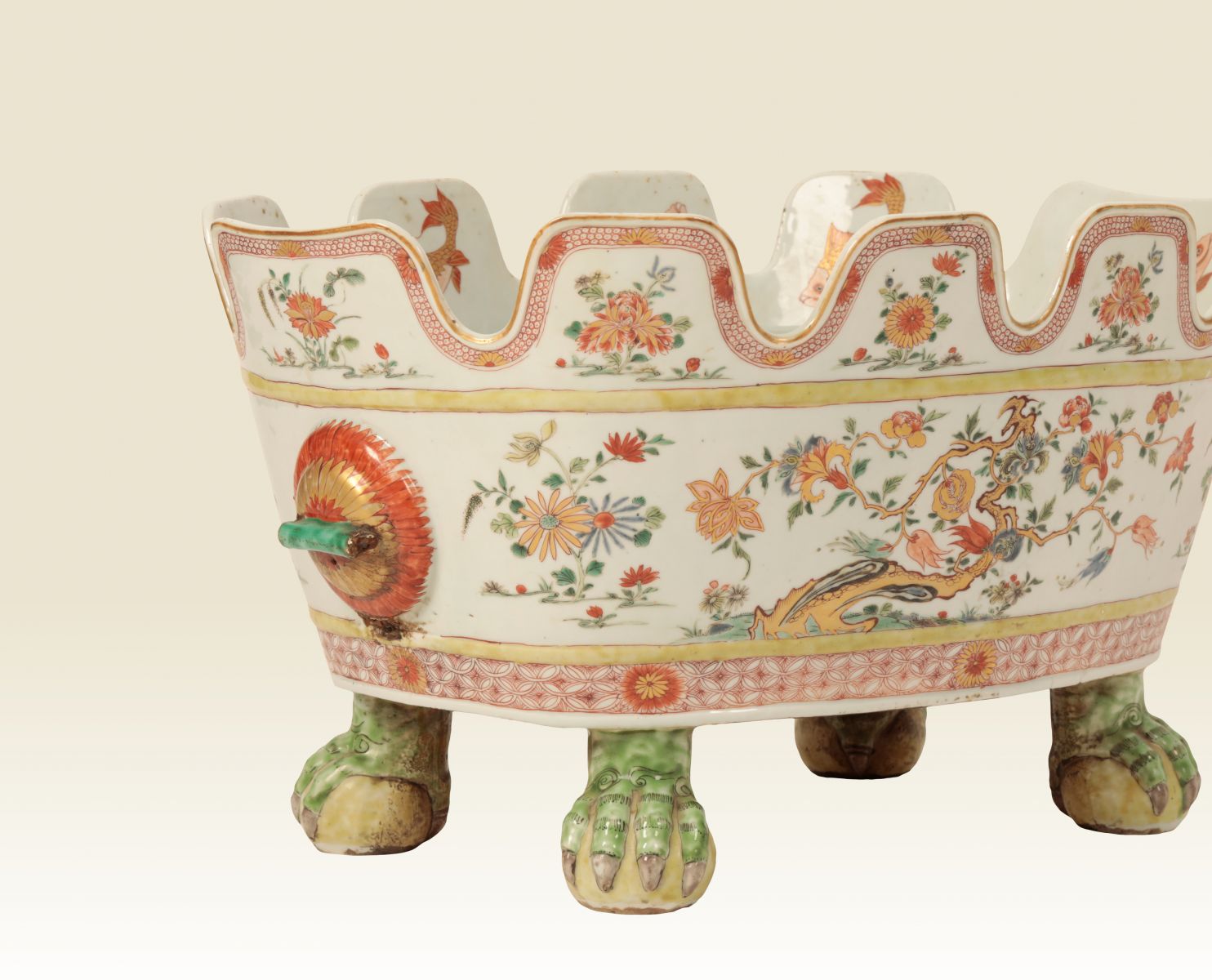